In the business world, we associate Germany with many positives: its cars are a benchmark to be measured against; German punctuality, work ethic, and passion for perfection are probably stereotypes, but ones that have stood the test of time. Of course, Germany is also slowing down like the rest of the world. Yet, it is one of the traditionally dominant economies of Europe and provides a strong alternative place of business for companies in the face of Brexit. If you are considering entering the German market or further substantiating your position there, we provide some important pointers to keep in mind.

The largest market in Europe home to demanding, savings-loving customers

Germany’s economy is the largest in Europe and the fourth largest in the world. Its population is ageing, though, with the median age standing at 47.4, which makes it the third oldest population in the world. Consumers typically spend a third or quarter of what they earn on personal consumption items such as rent, food, and transport.

Germans are not spendthrifts; they have never been. Much of the post-war nation-building was made possible only because they valued saving. And, this continues to date, which could partly explain the popularity of the omnipresent discount stores such as Lidl and Aldi.

Though it may not appear a culturally multi-hued country, its 16 states each have their own culinary tastes, different flavours of the German language, varying rates of industrial development, and even their own favourite beers.

Germans are known to be some of the most demanding of customers in the world. They seek complete, detailed information about a product before making a purchase. They also care for the environmental impact a product may have, such as whether the packaging is recyclable, who would be responsible for the packaging, whether a product’s vegan and more.

What Germany buys online, and what it doesn’t

In Western Europe’s second-largest eCommerce market, mobile phone penetration is high: 88%. According to a recent report by eCommerce Foundation, a third of searches for products are still happening on the computer, though mobile is catching up fast at 25%. And what are they searching for? Mostly clothes, flight tickets, tickets to sports events, shows, etc. Food and grocery have been habitually offline items, but that’s changing too. The German retail industry body Handelsverband Deutschland (HDE) has stated that the sales of fast-moving consumer goods (FMCG) and groceries soared in 2018.

Cross-border ecommerce is also popular, with two-thirds of all Germans having made international online purchases. But as trust is a huge factor with Germans, when buying across borders they prefer to buy from known, large global shops rather than small players. They would also choose a retailer that has a German return address.

How Germans pay for what they buy online

Germans are used to being offered a variety of payment options, though paying on account is their most preferred, according to Ecommerce News Europe. Nearly 87% of consumers surveyed recently reported that paying on account, which refers to the practice of paying after receiving the goods, is how they like to honour online transactions.

Though payment systems such as PayPal are also used, Germany has proved to be a hard nut to crack for e-wallet and mobile phone payment companies. Only six per cent of Germans are willing to pay through their phone, a recent PwC survey found.

Concern about the privacy of their data is huge for Germans, and there is a historical context to it. Their two political systems, the Third Reich and the German Democratic Republic, used surveillance of their own people to control, manipulate, and oppress. Both these systems are history now, but the German people do not want to forget and repeat the same mistakes, hence their insistence on privacy and consent.

This is also one major reason why Germans are hesitant to try mobile payments, as they fear their data may be stored and misused. Hence, cash remains a predominant method of payment when buying offline as it helps keeps transactions private. On social media, too, Germans have been usually passive users though that’s changing as millennials take over.

Localising into German – what you should know

Germans do speak and understand English very well. In fact, Germany has been on the list of the top 10 countries with a high proficiency in English among non-native speakers. However, over half of Germans prefer their own language when it comes to shopping online, according to the Ecommerce Foundation report cited earlier. No surprises there: research firm Common Sense Advisory has found that 75% of consumers prefer to buy products in their own language. Incidentally, one of the 10 countries surveyed for CSA’s report was Germany.

Translating your products is not only a non-negotiable in Germany, but once you have German in your language arsenal, you can also easily target other countries such as Austria, Belgium, and Switzerland. However, the quality of translation will matter hugely, given the German consumer’s thirst for precise information. Erroneous translations will not only turn them off by giving misinformation but will also create trust issues.

While localising into German, keep in mind a few things, such as:

You may say Germany is a tough market to crack, given its strict insistence on quality. However, for those companies that are willing to go the extra mile and deliver per their requirements, German consumers also reward them with their unwavering loyalty. Cultivate a keen understanding of the market and the legal system, create clear, high-quality marketing and documentation, and be consistent with quality for success in the German market. 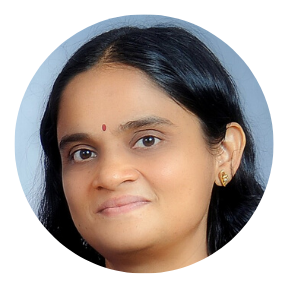 Vijayalaxmi Hegde is an independent writer and editor and has been writing for and about the global translation and localisation industry for a decade now. She's been a part of the research team at Common Sense Advisory and currently specialises in creating marketing and research-based content. Vijayalaxmi is also a plain language advocate and zero waste practitioner.
Linked-in

Vijayalaxmi Hegde is an independent writer and editor and has been writing for and about the global translation and localisation industry for a decade now. She's been a part of the research team at Common Sense Advisory and currently specialises in creating marketing and research-based content. Vijayalaxmi is also a plain language advocate and zero waste practitioner.