Home » International Business » How to Market Your Business in a Second Language?

How to Market Your Business in a Second Language?

It presents your business more intimately to an audience that didn’t know it that way. Needless to say, doing so comes with its own unique set of challenges, but the rewards are generous.

Even Godaddy does it. 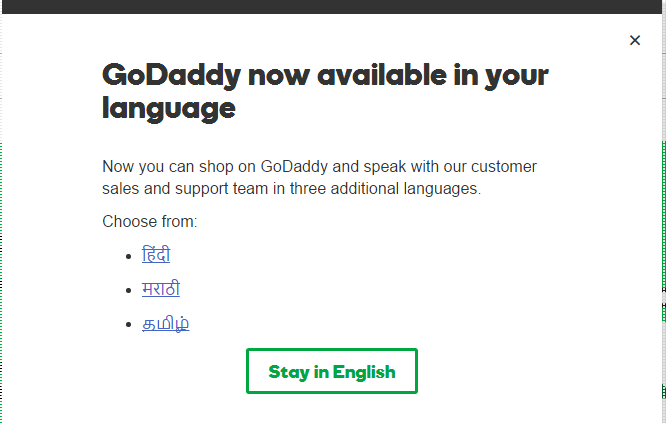 Let’s delve into the details of how you can market your business in a foreign language and its different benefits:

Start by doing some market research

Proper market research goes a long way in helping you determine which markets you should focus on.

The right data gives you the list of languages that you could market the site in. That’s the reason why I insist on market research to get an idea of where your online audience hangs out.

Doing so correctly requires more than adding a Google translate widget on the sidebar. Google translation services, while ubiquitous, is often prone to error. You will need to hire human language translators and ace writers not only to present the site in the second language but also for ongoing communication, including but not limited to email marketing campaigns and Google Adwords campaigns.

Also, errors from machine translating your website copy can attract penalties from Google. So it’s highly advisable not to do it, under any circumstance, even if you’re running an experiment. That said, translating the same content into different languages doesn’t result in a duplicate content penalty from Google, in case you’re worried.

Here’s how to get data on which languages to use.

As seen above, Analytics is replete with data on the source of the visitors, the time they spend, user sessions and so on.  You can also see which visitors are converting the most. This gives you additional data on which audience to go for.

Go for the most popular languages

Sometimes merely data from Google Analytics may not be enough to make a decision and market research data may be inconclusive.

In those cases, you may want to experiment and see if presenting a foreign version of the site can be beneficial. Chinese is the most spoken language but with their firewall and other restrictions, the audience may not convert well.

Spanish, on the other hand, is the second most spoken language in the world, with 400 million speakers worldwide. That gives you a very sizeable audience.

38 million people representing 12% of the entire U.S. population speaks the language. Everyone knows that the U.S. is one of the most profitable markets in the world. 12% of this market can get you a lot of business.

Arabic spoken in the middle-east is another language you could target. Especially so since it’s a cash-rich, emerging economy in terms of eCommerce and online businesses.

Get sub-domains targeting the particular country

When targeting a particular region it’s often advisable to get a sub-domain with the country-level extension.

Most countries require you to have that business registered in that particular country before that happens. So that’s something to think of.

A country-level extension builds trust and could also get you love from search engines.

Translating the content into another language is one step among many. Though I don’t downplay its importance there are many other things you could be doing as well.

One is localising the content. Each country and people speaking another language have something in common and something different than any other language.

Strive to find that difference and localise your content in a manner that suits this audience. For example, Thanksgiving Day is something unique to the U.S.. What about festivals in Spain or Germany?

Localising the content can help you reach out to and communicate with your audience easily.

Traffic to your site is highly dependent on the keywords that you use. That’s the reason proper keyword research is of paramount importance.

More so since search trends are in a constant flux of change. A term or product relevant to your business may be trending in a foreign language.

You could be missing out on a boatload of sales if you choose to ignore search trends.

Google trends are your friend since it lists trending topics by country and that too from 2004 onwards. That’s a big heap of free data.

Let’s say you sell pens. While that may be popular in English speaking countries, a quick search revealed that Milan sketch pens are popular in Spain.

Something to think of, right?

It’s pretty easy to get lost in the process. The task may seem too cumbersome. I suggest that you follow one of two things. The first being –keep to two or three languages for marketing your business. That way, you can also tune the language and keywords to what’s popular locally.

The second suggestion is to go for as many languages as you can but not deviating too much from the original content. Keep it very simple so that it can be easily translated into any language without paying too much attention to the nuances of the language.

Marketing your business in multiple languages can make it very successful. It can showcase your site to different audiences in intimate ways.

That in itself can improve conversions. If people understand what you are trying to say in their own language, then it gives you an edge over your competitors.

Let us know in the comments below how you succeeded with the language translation experiments. 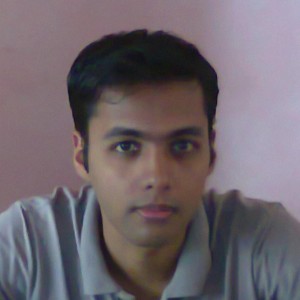 George Mathew is a freelance writer with over 9 years of experience in writing for clients like CrazyEgg, Coschedule, Referral Candy, Kissmetrics, and more. George specialises in SEO, digital marketing, and conversion rate optimisation.
Linked-in

George Mathew is a freelance writer with over 9 years of experience in writing for clients like CrazyEgg, Coschedule, Referral Candy, Kissmetrics, and more. George specialises in SEO, digital marketing, and conversion rate optimisation.