Looking at Black Friday & Cyber Monday Beyond the US

If you reside in the US, you know how people wait for Black Friday and Cyber Monday sales (following Thanksgiving) every year and get great discounts on various products and services. All online and brick-and-mortar shops, catering to the US consumer base, attract potential customers with tempting offers for everything they would need for the upcoming holidays.

But did you know that the concept of Black Friday and Cyber Monday has spread to other regions of the world, too? These celebrations and the resultant retail boom also take place in China, Canada, France, and the UK.

Before we start discussing how different regions celebrate these days, let’s take a quick look back at how it all started.

There are a lot of theories about how the term Black Friday came to represent the biggest sale event of the year. One theory says that when people first used the term Black Friday, it referred to a financial crisis. Back in the 1860s, Wall Street business people Jim Fisk and Jay Gould invested a ridiculously massive amount of gold in the hope that they’d make a significant profit after selling it. However, the gold market crashed, and all financiers in Wall Street had to pay the price. This day came to be known as Black Friday.

The second theory says that bookkeepers of all shops in the US followed the method of listing all losses in red and all profits in black. As the day after Thanksgiving saw crowds thronging shops for holiday shopping, business owners reported profits and were finally out of the red. And so it became a norm to call it Black Friday.

The shopping madness that followed every Thanksgiving Day called for extra security, and the police worked extra hours to handle the crowds. Hence, the third theory says that they started referring to this day as Black Friday, and the term just caught on.

After the eCommerce boom, this shopping fervour extended to Monday. Those who couldn’t find good deals in brick-and-mortar shops would buy those products online. Shop.org – a department operating under the National Retail Federation – came up with the term Cyber Monday to help retailers market their products online. 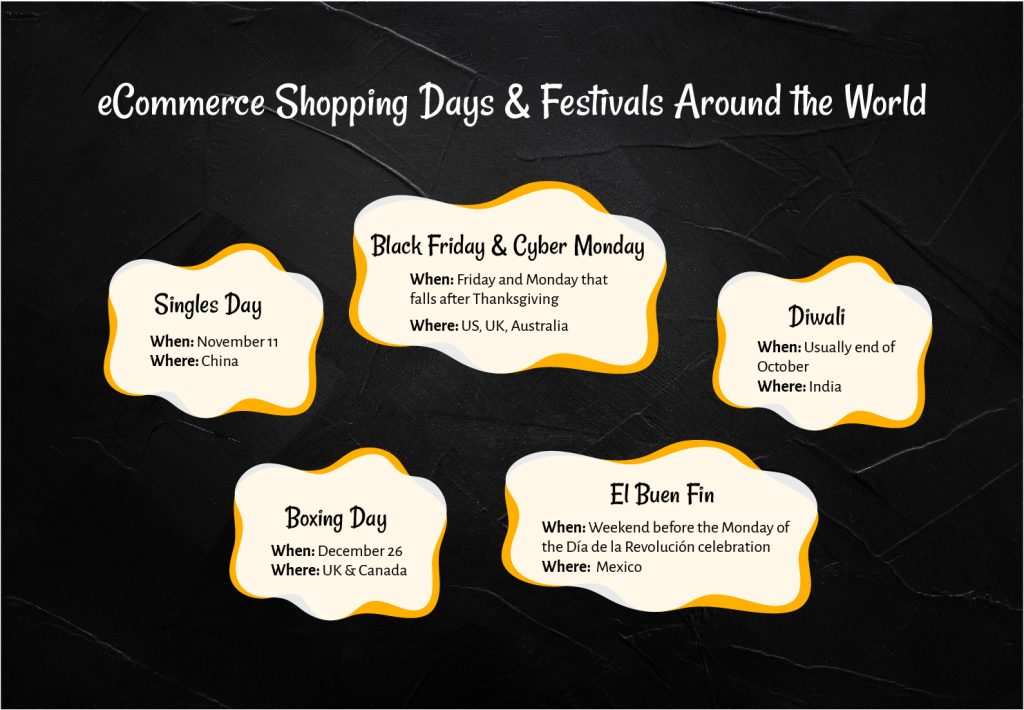 Encouraged by the success of retail outlets and online shops on Black Friday and Cyber Monday in the US, Amazon introduced exclusive deals in the UK in 2010 on these days. Many other retail giants like Asda, the supermarket chain owned by Walmart followed suit and introduced their own Black Friday and Cyber Monday sales. Since then, these days see huge crowds shopping in different parts of the UK.

Although Thanksgiving isn’t a holiday in the UK, shoppers there take advantage of Black Friday and Cyber Monday discounts to prepare for Christmas. Moreover, the concept of Super Saturday as another shopping day (after Black Friday) is also gaining popularity in the UK and US.

Canadians loved America’s concept of ‘shopping’ days and started making trips to the USA to take advantage of the deals retailers provided there on Black Friday. The Retail Council of Canada took a survey wherein 43% of Canadians said that they are planning to go to the US for Black Friday shopping.

Canada, the UK, and Australia observe December 26 (the day after Christmas) as Boxing Day. Its concept is quite similar to that of Black Friday and Cyber Monday – consumers buy products at cheaper rates.

France has been a little slow about embracing the concept of Black Friday and Cyber Monday, probably because the retailers there need a set of permissions to offer discounts. Also, Black Friday is called Vendredi noir in French, which refers to the attacks that took place in Paris on November 13, 2015.

In some parts of France, Black Friday and Cyber Monday sales take place over the entire weekend, following the American holiday of Thanksgiving. It’s a combination of offline and online shopping. However, retailers in France have chosen unique names for their Black Friday sales like ‘The Crazy Weekend Sale’ and ‘Discount Days’.

Singles’ Day is celebrated on November 11 and has an anti-Valentine’s Day concept. It’s a day when singles treat themselves with shopping for a variety of products. But wait – these sales last for only 24 hours. The time limit leads to more shopping frenzy than Black Friday sales. Scenes at local shops and malls in China on Singles’ Day are similar to the ones in America on Black Friday – stampedes and long queues.

Dhanteras and Diwali Shopping in India

Like Thanksgiving and Christmas are popular festivals in the US that call for a lot of shopping, the festival of Diwali is when Indians shop for clothes, jewellery, gadgets, and food in large numbers. Hence, retail brands go all out during Diwali with sales that go on for 24 hours or more. Amazon holds its ‘Great Indian Festival,’ and Walmart-owned Flipkart holds its ‘Big Billion Days’ during Diwali.

The festive season in India usually starts right from August and goes on till November, just when the wedding season kicks in. The festival of Dhanteras, when Indians consider it auspicious to buy gold and indulge in gold shopping, precedes Diwali. Since Indians spend a significant amount of money starting from Eid up until Diwali, Black Friday deals lose their value.

The concept of Black Friday and Cyber Monday isn’t restricted to the US anymore. Consumers in many other countries around the world have welcomed the shopping days, while local retailers have come up with their own days, which hold more relevance to the region and its culture.

If your eCommerce brand wishes to benefit from Black Friday and Cyber Monday, do ensure that you localise your retail website, marketing messages, and offers according to the regional audience you’re targeting.

Considering German Market Entry? Read this First.
Share on twitter Share on linkedin Share on facebook International Business In the business world, we associate Germany with many positives: its cars are a benchmark to be measured against; German punctuality, work ethic, and passion for perfection are probably stereotypes, but ones that have stood the test of time. Of course, Germany is also […] 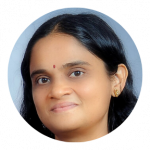 4 eCommerce Localisation Challenges & Their Solutions
Share on twitter Share on linkedin Share on facebook International Business Being an eCommerce brand gives you great exposure globally. It positions your products or services in front of an audience that comprises diverse people – geographically, linguistically, and culturally. However, this diversity calls for a necessary localisation measures on your part. In the previous […]

4 Lessons in Localisation from Famous eCommerce Brands
Learn how these 4 eCommerce brands used localisation to their advantage and created a personalised, culturally relevant experience for their customers.