Most countries have translation and interpretation as unregulated activities, even in sensitive domains such as medicine and healthcare. A foundational component of treating patients with limited English proficiency is access to language services. Medical translators and interpreters should be aware of the fact that the patient’s health, well-being, and dignity are at stake, which makes it imperative for them to take into account the social, legal as well as ethical considerations. 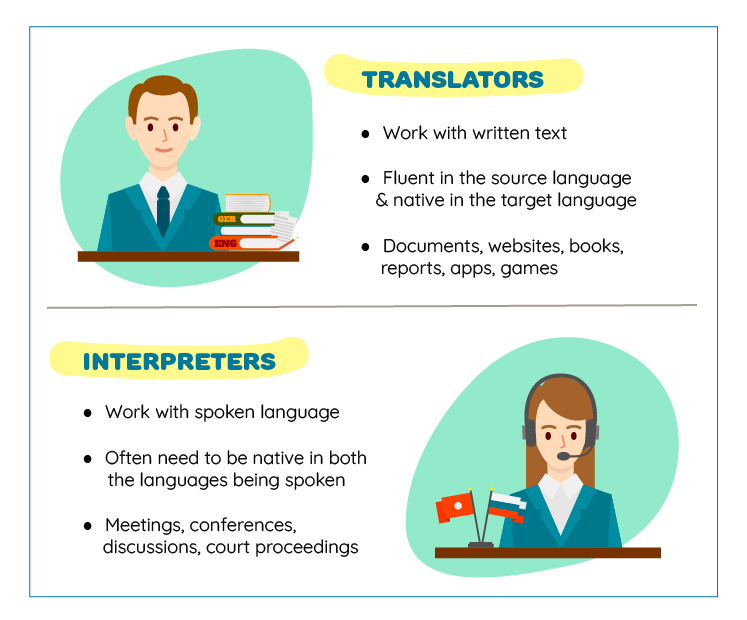 That said, let’s start with understanding the key factors in healthcare and medical translations.

1) Documentation is of utmost importance: There are instances where patients do not understand English. In such cases, translating medical documents such as forms, manuals, questionnaires, reports, and information booklets is imperative.

2) Healthcare professionals should ensure that translators are subject matter experts: They should have sufficient medical experience in their respective fields with in-depth knowledge of the industry.

3) Medical jargon has some peculiar characteristics: It is important to ensure that the language expert is proficient enough to understand and place such terms in the correct context.  Here are some examples:

4) Healthcare workers should use terms that are not difficult to understand for the average patient or the translator: For example, instead of asking, “do you face any dysphagia?” it is advisable to ask whether the patient has any difficulty in swallowing.

While healthcare providers have complete access to patient information, they should not share it with anyone else, such as an interpreter or translator, without the explicit written consent of the patient.

As a rule of thumb, a medical practitioner, a medical institute, a clinic, or a clearinghouse must determine who can come into contact with protected health information (PHI) and set stringent confidentiality guidelines accordingly. The patient’s life or privacy mustn’t be endangered with the mishandling of health information.

That being said, in cases where the patient and healthcare professionals don’t speak the same language, an interpreter (who would need to abide by the same rules) may need to be brought in to aid communication.

Over the past few decades, there has been a constant rise in the number of individuals who speak limited English in the US. Because of this increased language diversity, it has become crucial to place several legal requirements on healthcare systems. This includes clinicians ensuring that they treat patients with limited English proficiency, equally.

Willie Ramirez, an 18-year-old all-star baseball player, was taken to a Miami emergency room after he complained of a sudden headache in 1980. As he was comatose at that time, his friends and family informed the doctor of his medical history. Unfortunately, they were not fluent in English.

They used the Spanish term “intoxicado,” which was interpreted as “poisoned.” They were trying to convey that he had a reaction to a food item that he consumed. Instead, the physician understood that the patient was intoxicated. Ramirez was misdiagnosed with cerebral haemorrhage, which caused the loss of use of all four limbs and torso, leading to an eventual $71 million settlement!

Daily Mail published a 49-year-old woman, Teresa Tarry, who lost her breasts to an unneeded double mastectomy in Spain. A translation error in her medical records led the doctors to believe that she had a family history of breast cancer. She sued the hospital for 600,000 Euros in compensation.

While such stories are fortunately rare, they do occur and can be prevented by following guidelines and taking the right measures.

In the US, the Health and Human Services (HHS) Office for Civil Rights (OCR) is accountable to enforce the Civil Rights Act, the Americans with Disabilities Act, the Age Discrimination Act, the Hill-Burton Act and the Health Insurance Portability and Accountability Act (HIPAA). Any organisation or individual who gets financed through HHS is subject to OCR oversight. These acts help ensure that no patient is denied medical services in a language he or she understands, and that patient data remains secure.

The OCR holds the right to investigate any complaints about linguistic barriers and can also withhold federal funds for noncompliance.

According to federal regulations, language assistance services should be provided without any charges and be timely as well as accurate. Various prerequisites include certifications, educational degrees and years of experience.

In the UK, the publicly funded healthcare system, the National Health Service (NHS), has several guidelines for healthcare providers. This includes that healthcare-related documents should be made available for free, in community languages, as well as alternative formats like Braille. Additionally, patients should be able to request a translation of their summary care record in the language they are proficient in and or in Braille. Only competent and appropriately trained translators and interpreters can be hired by healthcare providers, and it is suggested that professional human translators be used for maximum accuracy.

It is crucial to remember that medical translators and interpreters should avoid any personal involvement with the patients as they are quite vulnerable, and it is the responsibility of language specialists not to misuse that vulnerability.

Also, it is important to let patients know the likelihood of associated risk factors when an interpreter communicates the details of a diagnosis or treatment. The inability to communicate the gravity of the situation can lead to inadvertent circumstances and non-compliance to instructions. It could also lead to patients not undertaking potentially life-saving treatment.

For instance, if we take into account the current scenario of the Coronavirus outbreak, COVID19, people are panicking because of the lack of information available in native languages to some regions of the world, like Tibet. Their native languages are Khroskyabs, rTau, Minyak, and Shili rGyalrong. For such regions, it becomes important to have educational material or videos available in a language they understand. When it comes to communicating about such epidemics or pandemics, it is of global importance to ensure everyone is on the same page.

Another important aspect is to give special attention to patients with psychological disorders when it comes to translation. For example, the term schizophrenia or psychosis can be referred to as “madness” in English. It is inappropriate and socially unacceptable to address patients with these terms. It reflects insensitive and poor communication, which might ultimately lead to discrimination and stigmatisation. Translations that are localised, considering the cultural nuances of a specific region, go a long way in ensuring accuracy in the medical domain.

Medical translations should abide by clinical guidelines, ethical frameworks, research protocols, and cross-cultural considerations so that there is a harmony between diagnosis as well as the treatment modalities, without any discrepancies. The bottom line should be to ensure a culturally appropriate, humble, and cross-linguistic approach to patients for both their physical and mental well-being. 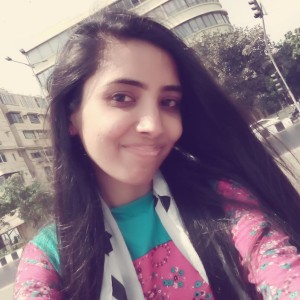 Ms. Bhatt is an experienced writer with a background in healthcare services. She has a passion for medical writing which allows her to share her knowledge with the world. When she's not authoring articles, she enjoys browsing through the current trends on social media, reading, and cooking.
Linked-in

Ms. Bhatt is an experienced writer with a background in healthcare services. She has a passion for medical writing which allows her to share her knowledge with the world. When she's not authoring articles, she enjoys browsing through the current trends on social media, reading, and cooking.