If you thought knowing how to communicate in multiple languages is just an amusing soft skill, check out these interesting facts about global companies:

This data was collected during a survey of 1200 managers and human resource professionals by Ipsos Public Affairs for ACTFL as a part of its ‘Lead with Languages’ campaign.

Global companies are increasingly becoming aware of the fact that if they wish to conduct business out of their home ground, they must have employees who speak their customers’/clients’ language. Conquering the language barrier helps companies build a long-lasting relationship with their customers, clients, and business partners.

There are many more benefits of hiring multilingual employees. In this article, we’ll explore all these benefits, plus the initiatives taken by companies to promote multilingualism within their organisation.

When it comes to communicating with a person who speaks a different language and belongs to a different culture, there’s a lot that can go wrong. Even a simple, straightforward compliment can be received negatively. Almost every CEO and manager working for a global company will have at least one incident where a joke wasn’t received well in English.

No matter how well we communicate in English, we receive and respond from our own cultural perspective. Multilingual employees understand this cultural sensitivity and take it into account when communicating with foreign professionals. Their linguistic and cultural abilities help them understand the clients’ and customers’ concerns, problems, and pain points. Such employees will also be able to provide useful insights into their behaviour and needs.

In the above scene from a Hindi movie Queen, you see that the customer (an Indian woman named Rani) doesn’t intend to offend the Italian chef when she says the recipe needs more spices. Such a misunderstanding could cause a grave problem in a customer-brand relationship.

“When a brand is trying to penetrate new geography, it becomes almost impossible to break through the clutter of language issues and lack of mutual understanding. Multilingual speakers can cement the communication gaps to make both sides feel more connected to each other and be able to communicate effectively about the demands, challenges, products, and solutions,” says Gargi Rajan, head HR of Mercer (Mettl).

For Carsten Schaefer, founder and CEO at Crowdy.ai, a multilingual employee, helped his company avoid an embarrassing mistake. “A while ago we wanted to launch a new feature for our app, and I thought the name was good. Then my Serbian team member stepped in and said that it’s a pretty bad curse word in their language, so we dropped it,” says Carsten.

At times, it’s not possible for you to learn your clients’ or customers’ language. In such cases, you must find a common touch point – like food, culture, customs, etc. – to build a rapport. “Once, I was in a conversation with a client who was originally from Mexico. He happened to mention popular Spanish dishes (Escalivada and Mixed Paella) and to his disappointment, I didn’t know what he was talking about. From then on, I always make it a point to learn a little about clients before I talk to them,” says Alpi Mantry, Co-Founder and COO at Translate By Humans.

When you come across something in Spanish that you aren’t sure about, what do you do? You find someone who speaks Spanish and ask them what it means.

A scene from the popular American TV series ‘Suits’

In the above clip from the series Suits, Louis forgets to take his client’s culture into consideration while researching about football when he should really be researching about soccer (given the fact that his client is British). If only he had a British employee to help him out (or nicer colleagues who understood the cultural difference)! Multilingual employees can prove to be great assets for ensuring that all forms of international communications adhere to specific linguistic standards and have the right context.

For instance, Oumnia El Khazzani, Marketing Specialist at Award Force, is a bilingual employee who helps the marketing team to create collateral for English and French-speaking markets. “My French background helps me understand how to create or adapt English material so that it resonates with French clients. Being comfortable with both cultures, I act as a bridge – helping the team by sharing my reflections on market entry strategies, tone of voice, formats for content, and more,” says Oumnia.

You can utilise your multilingual employees for reading, writing, and proofreading:

3. Creating a diverse and enriching environment

Having a workforce that is a mix of people from different linguistic and cultural backgrounds creates an environment that promotes diversity. The dialogue between employees will lead to an exchange of ideas and a broadening of their collective perspective. Based on his/her cultural understanding, every employee will bring something new to the table.

Darko Jacimovic, the co-founder of WhatToBecome.com and an HR expert, believes that a multilingual office is never a dull place to work and that it becomes a sort of refuge into the native language to our English speaking employees. “The exchange of cultures happens daily, creating a fun working environment for everyone involved. A co-worker from Brazil teaches a few interested people how to speak Portuguese, while our Australian editor brings his Aussie culinary specialities every once in a while,” says Darko.

Promoting multilingualism in your organisation

GoRemotely.net’s office has a weekly potluck on Fridays, where they encourage employees to prepare and bring a unique dish to the office. So, one week they are blessed with Vietnamese rice-paper rolls and next week with the co-founder’s grandma’s favourite chicken curry.

“Not only that, but we also host a monthly language cafe where we set up a table for each language represented in our workplace. Then, employees can take turns sitting down to learn their preferred language, and practice with a native speaker in a relaxed setting,” adds Raj Vardhman, co-founder of GoRemotely.net.

GoRemotely.net’s office has a weekly potluck on Fridays, where they encourage employees to prepare and bring a unique dish to the office. So, one week they are blessed with Vietnamese rice-paper rolls and next week with the co-founder’s grandma’s favourite chicken curry.

“Not only that, but we also host a monthly language cafe where we set up a table for each language represented in our workplace. Then, employees can take turns sitting down to learn their preferred language, and practice with a native speaker in a relaxed setting,” adds Raj Vardhman, co-founder of GoRemotely.net.

From celebrating diversity days to organising workshops, companies are doing their bit to promote healthy interaction between their multilingual employees. Also, global companies are taking the help of business plans offered by language learning apps to encourage their employees to learn new languages.

A scene from the American version of the series ‘The Office’

P.S. If you plan to celebrate Diversity Days at your office, the above is an example of how ‘not’ to do it right

In the next part of this series, we talk to the recruitment coordinator of an American company that is steadily expanding in Europe with the help of its multilingual employees. 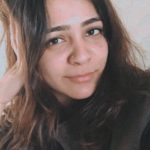 Work From Home Like a Pro: Translator’s Edition
Failing at #WorkFromHome? Don't worry. Check out this fun compilation of translators' tweets to help you work from home efficiently - like a pro!

How to Train & Onboard Multilingual Employees
Multilingual training and onboarding is essential for global companies to avoid mishaps and errors that are a result of misinterpretation of information or unawareness.