Home » Translation and Localisation » A Peek Inside the Multilingual Brain

A Peek Inside the Multilingual Brain

We conduct regular translator interviews, and one of the questions we ask them is if they prefer thinking in one language over another. We get varied answers, with most people agreeing that they do tend to think in one language more often. What’s interesting, though, is that it has little to do with fluency and more to do with how they appraise a situation and the language they associate with it. Being multilingual myself, I know that different situations play in my brain in different languages. 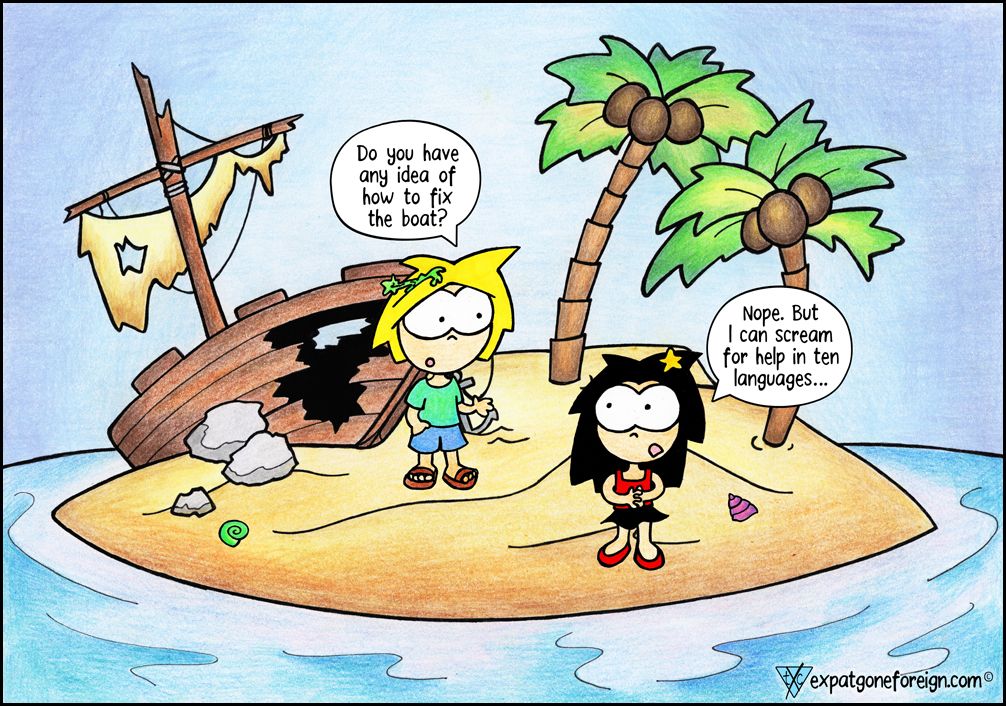 More than 50% of the world population is bilingual or is actively learning a new language. When it comes to knowing two or more languages, you’ve probably heard the common expression that multilingual people are smarter or that their brains are wired differently. Some have equated the multilingual brain to a traffic signal, switching back and forth between different languages. New research shows that multilingualism may even have a significant positive effect on the brain. However, is that really true?

Language acquisition is the process by which we learn to understand and correctly speak a language. Several theories explain how this process takes place. One of the earliest known explanations was put forth by behaviourist B.F Skinner (1957). The explanation stemmed from his views that learning is a result of operant conditioning, a method by which behaviour can be strengthened or weakened using rewards and punishments. He believed that language learning is a result of environmental influence. When children correctly use language, their behaviour is positively reinforced, thereby encouraging the behaviour.

This explanation was contradicted by Naom Chomsky, who argued that external influence could not be the sole reason behind language acquisition.

He proposed that all humans are born with a Language Acquisition Device (LAD), a hypothetical brain mechanism that contains information on what makes a language, including grammatical rules and categories that are used in sentence construction (syntactic structure of language). Chomsky referred to this as universal grammar. He believed that children already know the universal rules of grammar, and can instinctively apply them once they’ve learned words (nouns, verbs, etc.) of any language.

The nature vs. nurture debate has pitted linguists and researchers against one another for decades. While there may be strong evidence supporting both theories, language acquisition is too complicated a phenomenon to be explained through one theory alone.

Additionally, there’s been an ongoing debate about the best time to learn a new language. While some researchers believe that a child’s formative years up to the age of 5-7 are most conducive to picking up new languages, others believe that language learning extends well into adulthood. There are plenty of multilingual adults who have learned second and third languages past adolescence.

There are several reasons why some people have trouble learning new languages after a certain age. Neuroplasticity or the ability of the brain to change in response to environmental stimuli is one explanation. Children’s brains are said to be more ‘plastic’ than adults which is why it is easier for them to learn new languages.

On the other hand, environmental influences such as the methods employed in the learning of a language could ascertain whether language learning is successful. A child that is focused only on school and learning will have a different learning experience from an adult attending a foreign language class on a workday.

Add individual differences to the mix of brain plasticity and environmental influence, and we’ve got enough variables to keep searching for an answer for the next few decades.

Although the exact explanation as to how humans learn languages remains uncertain, there has been a significant advancement in the study of how multilingualism affects the brain for the better.

1) Enhanced Executive Function: Executive brain functions are what distinguish us as intelligent beings and separate us from other animals. The brain’s executive control system manages high-level thought, attention, and multitasking. This refers to the ability to selectively focus on what is essential while disregarding any distractions or unnecessary information. The brain of a multilingual individual is used to switch between two or more languages, continually dealing with the decision of choosing one language over another to communicate without faltering. This activity helps sharpen skills that allow them to discard irrelevant stimuli and better control and direct their attention.

The parts of the brain associated with these functions, such as the prefrontal cortex, are the most recently developed from an evolutionary perspective. Research shows that these parts of the brain are physically altered because of multilingualism, thereby allowing better information processing.

2) Increase in White and Grey matter: Grey matter refers to neurons or brain cells made of a cell body and small branch-like connections known as dendrites. Research shows that individuals that speak more than one language have a higher volume of grey matter compared to those who speak only one language.

3) Cognitive Compensation: This refers to a process by which cognitive difficulties are overcome by utilising cognitive reserve to maintain cognitive ability. This suggests that bilingualism may delay the onset of cognitive disorders such as dementia and Alzheimer’s disease. Research shows that in times of brain deterioration when original neural pathways are visibly damaged, something surprising happens. Instead of deteriorating cognitive functioning, the multilingual brain finds alternative brain networks that help them continue to function as close to normal as possible. This is a result of increased white and grey matter in the multilingual brain.

The widespread benefits of multilingualism point in one clear direction: learning a new language is a great idea! Although much uncertainty remains on the ability of an individual to learn a second language, the benefits are plenty. Fortunately, the language learning industry is up to speed with the latest technology and there are several language learning apps available to help individuals on their journey to expand their brain cells, one foreign language at a time!