Viewers aren’t kind to bad subtitles. Just run a search for ‘Netflix subtitle fails,’ and you’ll know what we’re talking about. The globalisation team at Netflix will tell you that the best subtitles are the ones that go unnoticed (and, of course, the ones that get appreciated). More often than not, video subtitling is a thankless job – when you do it right, you make it so effortless for people to consume the content that they forget they’re even there.

But not here. In this blog, we are going to list out some Netflix shows where subtitling experts have done a commendable job of translating and creating contextually correct subtitles.

Chris Tepedino, a writer for EffortlessInsurance.com, chose to learn Spanish just for fun. But when he decided to move to Mexico, the land where everyone speaks fluent and fast Spanish, he knew he needed to achieve fluency in the language.

“Everyone I knew who spoke Spanish, either as a second language or was a native speaker, recommended TV shows. There, I could use subtitles to help me decipher what the characters were saying,” says Chris.

He found some shows where the subtitles stood out for capturing nuances in terms of emotion and context while translating difficult-to-understand Spanish phrases into their English counterparts.

About the show: Alta Mar (High Seas) is a show full of romance, intrigue, and mystery. So it has numerous emotional moments. Here’s one where the subtitles were accurate, even though some of the content was not translatable.

Here the primary love interests, Eva and Nicolas, are talking about Eva’s newfound discovery that Nicolas has a wife.

Nicolas: Bueno otro persona no necesita sabía, pero tu tienes mereces. (I wouldn’t explain myself to anyone else, but you deserve it.)

There are a couple of points to note. Nicolas’s first line is almost too quick to hear in the video. On top of that, Eva starts talking over him quickly, which makes it difficult to hear what he’s saying. Also, we can match the subtitle with the expression on his face and his tone of voice. It accurately matches the emotional context with the correct subtitle.

Second, Eva’s second line has two parts that would be difficult for a language learner to understand. “Da igual” (literal translation: it gives equal) is an idiom that does not lend itself well to literal translation. The second point about her second line is that a large part of it gets truncated. Yet it still keeps the actual meaning and the tone of what she’s saying.

In English, we frequently use “don’t” with a bit of anger and warning. The Spanish dialogue (shortened to “don’t”) literally translates to “I don’t need you to give me any explanations.” It’s long and clunky. Instead, “don’t” is just as accurate with tone and context.

“While I am not busy handling my website, I spend time binge-watching shows of my favourite genre – crime,” says James Miller, owner of UseAudioBooks.

While James’ native language is English, he communicates well in Italian, too. And so, it wasn’t surprising that he chose to watch Suburra: Blood on Rome.

About the show: It’s a gritty Italian crime series inspired by a real-life political scandal where a couple of politicians, church officials, and local gangs fight to gain control of a piece of land in a coastal town near Rome.

In season 2, episode 3, there is a scene where Italian protesters are demonstrating outside a refugee camp on the outskirts of Rome. Two of the main characters that don’t see eye-to-eye are discussing the situation in Rome and at the camp. The man in this scene is a politician (Cinaglia), and the lady (Mrs Monaschi) is volunteering.

Cinaglia: These people don’t bother me at all.

Monaschi: Ah, I would never have guessed.
At least going by what you’ve been saying publicly.

Cinaglia: Do you hear these people? Lots of people are pissed off like them. They’re my voters.
I’m here to listen to them.

Monaschi: A nice way of doing politics. I recall you being different though.

The subtitles (coupled with expressions and body language) convey Mrs Monaschi’s sarcasm correctly. It tells you that she doesn’t agree with Cinaglia’s political point of view and that she doesn’t want to give him the time of day.

Netflix’s first attempt at an original German production struck all the right chords with both native and non-native German speakers. Dark is a mind-bending, suspenseful show wherein the relationships between characters of four different families reveal many secrets about a small German town. The real twist comes in when two children in the town go missing.

About the show: For a non-native German speaker, the subtitles help to navigate all the time leaps that take place in the show. In case you’re watching the English dubbed version, it would still be better to watch it with the subtitles. We’ll tell you why. 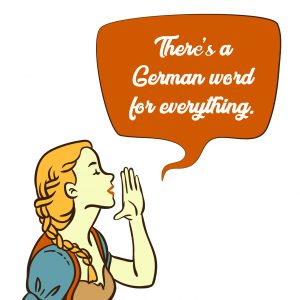 This old saying is quite true. German frequently combines two or more concepts into one word. For instance, when we translate the German word Weltschmerz to English, it literally means “world pain.” However, the word carries a more profound meaning – “feeling like you’re carrying the entire world’s weight on your shoulders.”

Consequently, when you’re watching the English dubbed version of a German show, you’ll notice some gaps between the actors’ lip movements and English words. It takes more words (and more time) to say the German dialogue in English. Here, subtitles will help you understand the dialogue while not hampering your Netflix experience.

Think of Marseille as the French equivalent of House Of Cards – full of political drama and some brilliant plot twists. If you speak French just enough to make sense while talking to your French friends and colleagues, this show could be the next step in improving your language skills. Subtitles, here, gain special importance as the show is full of political jargon.

About the show: The mayor of Marseille is ready to leave his office and prepares to welcome his protege to take his chair. However, this protege turns out to be his power-hungry enemy. The show has characters speaking French in a Marseille accent. This Southeastern part of France is characterised by people talking in a sing-song manner – pronouncing each syllable for long. So, “demain matin” may sound like “demay matay.”

The subtitles of the show will help you understand the accent and appreciate it, too.

Would you watch a Finnish show if we told you it’s on Stephen King’s ‘Netflix & Chill’ list?

I have to get me some of this. https://t.co/kNmIKkvQut

If your answer is yes, we present to you the popular, thrilling crime-drama show Bordertown.

About the show: When a detective gets a job in the Serious Crime Unit in Lappeenranta and moves there with his family, his life becomes far from the quiet one he expected. When it comes to Finnish, it sometimes becomes difficult to catch the exact emotion of the character. Bordertown’s subtitles do a great job of conveying the detective’s sad tone when he says, “In Helsinki, every place reminds me of some crime.”

Another memorable subtitle is the detective saying, “Isn’t this a town of nice crimes?” which led to many publications referring to this show with sub-headlines – “The Town of Nice Crimes.”

Netflix has been slowly and steadily helping all of us appreciate the art of subtitling while also allowing us to consume foreign-language content easily. Its network of subtitling experts works to provide an engaging experience to every Netflix subscriber. The next time you sit to watch a foreign language show, don’t take the easy route (read: English dubbed version). Turn on the original audio and English subtitles to have an authentic experience of the show.